The Rothaar ridge with the headwaters of the Eder, Sieg and Lahn is a location of rare habitats and a refuge for rare species. Extensive Beech forests, moors and open stream valleys characterise this region.
easy
Distance 12.8 km
Duration3:30 h
Ascent210 m
Descent210 m
Highest point650 m
Lowest point523 m
The rivers Eder, Lahn and Sieg have their sources in the European nature reserve "Rothaar Ridge and Meadow Valleys". In the area of the Rothaar Mountain ridge, there are extensive beech forests, moors with boggy meadows and Birch swamp forests, as well as open stream valleys with species-rich meadows and pastures.

You can get an idea of the havoc wreaked by Storm Kyrill in January 2007 by walking along the "Kyrillpfad". Not far from here is the source of the Eder, which was renatured in 1991. The area below the Eder source consists of low moorland. A plank walkway enables you to go dry-footed a short way into the Birch swamp forest here. In the patchy shade of the trees, plant species that tolerate wet and acidic soils thrive, including various ferns and cotton grasses, Wood Horsetail and Woodrush.

The forests are the habitat of numerous woodpeckers, such as the Black and Grey-headed Woodpeckers, as well as various species of owl, such as Tengmalm's Owl and Pygmy Owl.

The centre point of the District of Siegen-Wittgenstein is located in the area and is marked by a boulder.

There are several trails through the area. The shortest is the path around the Forsthaus (forester's lodge) Hohenroth. There is also a soil education trail, which was established by the Geological Survey in cooperation with the Forestry Department of Siegen-Wittgenstein.

The circular trail starts at the car park adjacent to the "Eisenstraße". At the nine stations of the audio path of the Rothaarsteig Association, you can download information by means of a QR code or alternatively by making a phone call, and can then listen on your smartphone.

The longest alternative leads along the Rothaarsteig trail through the Eder Valley down to Altenteich, past the village of Lützel, along the west flank of the Rothaarkamm mountain ridge and back up to Forsthaus Hohenroth. Two east-west cross-connections allow further variations of the route. You can also use other car parks along the Eisenstraße to access the trail.

Coming from Netphen-Walpersdorf, drive the L 719 road, then proceed towards Benfe on the L 720 and at the crest turn left onto the L 722. Coming from Hilchenbach-Lützel, take the L 722 until you reach the Wanderparkplatz (hiking car park) opposite the entrance to the Forsthaus "Hohenroth".

Further car parks along the Eisenstraße.

Recommended maps for this region: 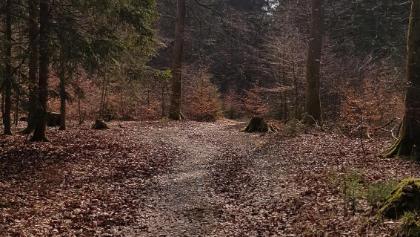 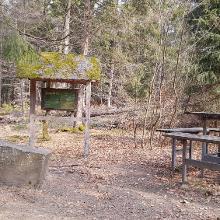 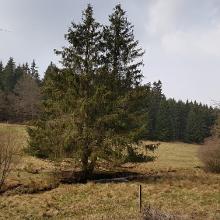 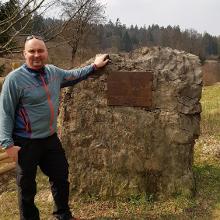