The Almăjului Mountains are a mountainous group of the Banat Mountains, part of the Western Carpathians. On maps they are also known as the Almaj or Almajului Mountains. The highest peak is Svinecea Mare, with a height of 1224 metres.
Find out more
Outdooractive Editors  Verified partner
Author of this page 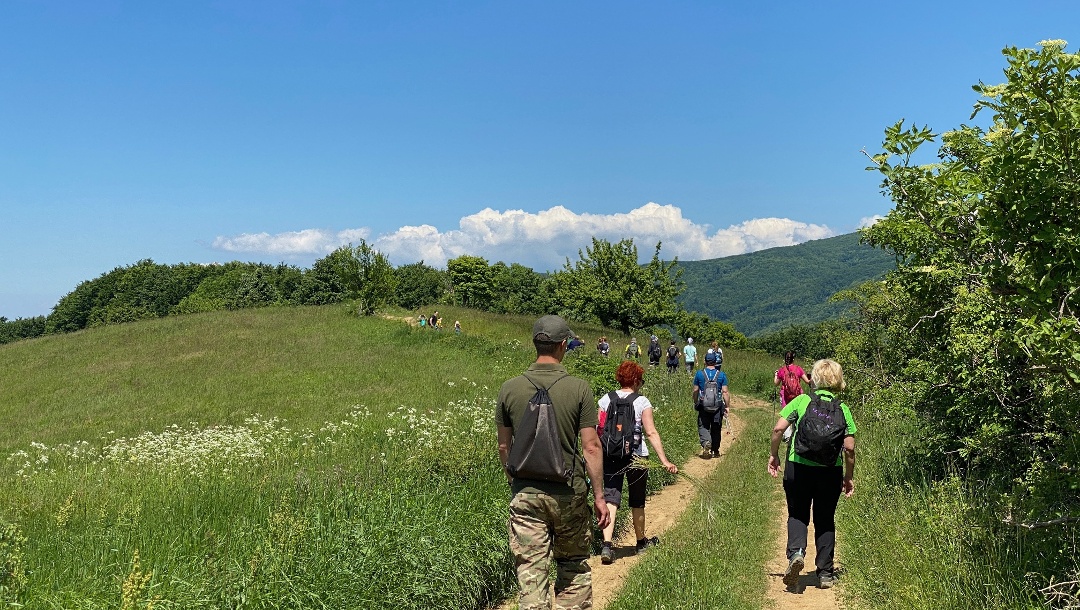 The hiking trail that leads to the panoramic points above the Danube gorges is recommended to anyone visiting the area and looking for a relaxing ...

A relaxing hike to the Znamana peak, surrounded by an extremely picturesque nature that offers unforgettable views of the peaks bordering the Danube.

The last but one leg of the Via Transilvanica route passes through the enchanting mountainous Banat micro-region, crossing the Semenic - Caraş ...

A route that we walked in the evening and that gave us an extremely picturesque view over the village of Eibenthal.

Climbing the Trescovăț peak is one of the hiking recommendations in the Almăj Mountains, next to hiking up the Ciucărul Mic and Ciucărul Mare peaks.

from Dolls Travels,   Community
Discover more
Features
2D 3D
Maps and trails
The Almăj Mountains are bounded to the south by the Danube Gorge at Orșova-Sichevița, to the west by the Liubcova-Sopotu Nou corridor, to the north by the Almăj Depression and the Mehadia Depression, and to the east by the Orșova Depression.

They are formed of crystalline shales over which sedimentary rocks, such as Mesozoic limestones and sandstones of Paleozoic and Neozoic ages, have been deposited. At Ogradena, volcanic rocks in the form of granite are also found.

The area is well forested and less visited by tourists, being less known (especially compared to the Clisură area).

The Almăj Mountains are characterised by a mild Mediterranean climate.